To celebrate our anniversary, we’re giving away a yummy cake portrait to every player who plays one game during the promotion. StarCraft II demands a lot of brainpower so enjoy some sugar while earning ladder points. 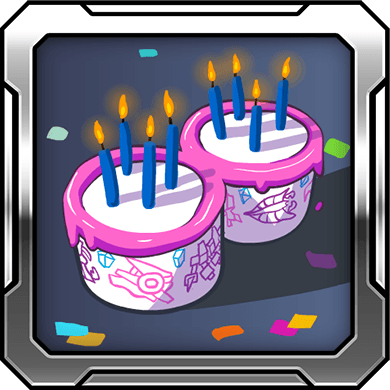 In-game, the workers are joining in on the celebration, but instead of wearing hats or stuffing their bodies with glitter, they will proudly fly banners and launch fireworks every time they complete a base structure. Party supply rental fees are costly in the future, however, so the signs will come down after some time.

And finally, as a thank you for everyone who has continued to support StarCraft II, we’re activating a 100% bonus to the base experience gained in Co-op commanders and for leveling up individual races in Versus. Now is a great time to max out Commanders or earn levels for your off races.

The celebration begins today and lasts until July 30 so don’t wait to jump in and celebrate StarCraft II’s birthday.  As always, thank you for your continued passion and love for the game.