We continue our early look at class and specialization design with the Druid. In these blogs, we’ll be exploring class identity, discussing Legion’s new designs, and presenting core combat abilities for each specialization—laying out the foundation upon which talents and Artifacts will build further. With that in mind, let’s delve into what it means to be a Druid in World of Warcraft.

Guardians of nature who seek to preserve balance and protect life, Druids have unmatched versatility on the field of battle. This is in part because druidism is much more than a fighting discipline—it’s a way of life steeped in traditions so ancient that even the origin of their kind is preserved largely in mythology passed on through millennia.

Druids harness nature’s raw energy for an incredible breadth of offensive and defensive abilities, as well as to restore life to the wounded. Through communion with nature and the demigod Cenarius, Lord of the Forest, Druids are supernaturally endowed with the gift of shapeshifting, allowing them to take the form of all manner of nature’s creature and access powers as distinct as they are diverse.

Known for hybrid utility and shapeshifting, Druids have four diverse and well-established specializations. In Legion, we’re focusing on empowering Balance gameplay, strengthening the cohesion of Guardian abilities and their fantasy themes, and renewing Druids’ overall trait of shapeshifting between forms to fulfill distinct functions.

Making use of multiple forms for different situations has been difficult for many years, either due to a lack of access to the “off-spec” talents that make your alternate forms feel strong or because the process itself has felt overwhelming and convoluted. To help solve this issue, we’re taking a new route by replacing Heart of the Wild with a full row of Affinity talents, which essentially allow every Druid to choose an off-spec from the remaining three specializations.

Affinities provide two benefits: first, a passive ability that is useful at all times, even to your main role; second, access to multiple key abilities to use in associated shapeshifting forms. To give you a sense for how choosing your Affinity will impact gameplay, regardless of what form you’re in, here’s a look at the passive abilities they grant:

Unlike Heart of the Wild, Affinities are not temporary buffs. This enhanced access to an off-spec, delivered through a cleaner game mechanic, empowers Druids of any specialization to make interesting situational combat decisions. 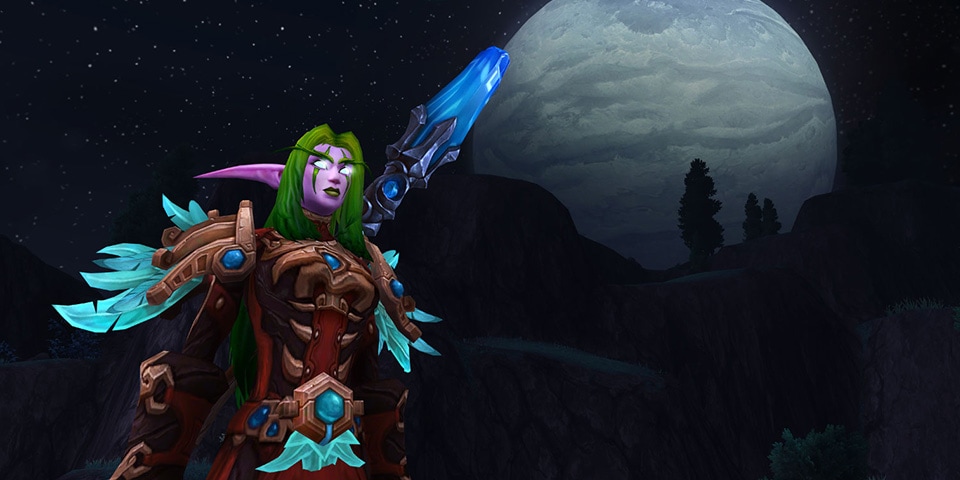 The elements that carve form into the universe are fluid forces of nature. Some beings seek to bend the power of these natural elements to their will. Druids, however, worship the protecting spirits of nature. Long ago, nature’s equilibrium was thrown out of balance, leaving the world vulnerable to catastrophic events, including the first invasion of the Burning Legion.

By leveraging the sacred powers of the moon, the sun, and the stars, balance druids access arcane and nature magics—made more potent still through shapeshifting, when the spellcaster takes the form of the moonkin—to aid in the fight against imbalance that threatens the natural order of all things.

Balance Druids have had a variety of cyclical rotations over the years. The core design problem in all of these cycles is that they’ve forced players into watching closely for UI cues and casting spells in largely predetermined orders. The Legion design is focused on providing a flexible combat experience, where you can use abilities as you’d like, and each has a specific purpose. The Eclipse Bar has been completely replaced by an Astral Power resource, which is built and spent, and provides a platform for abilities to create interesting, engaging, and powerful effects. Balance gameplay will center on maintaining your DoTs, generating Astral Power with a mixture of Lunar Strike and Solar Wrath, and spending Astral Power on either Starsurge or Starfall.

Here’s a basic look at the core combat abilities for Balance Druids:

Additionally, to give you an idea of how some talents may build upon this, here’s an example of one of their Balance-specific talents: 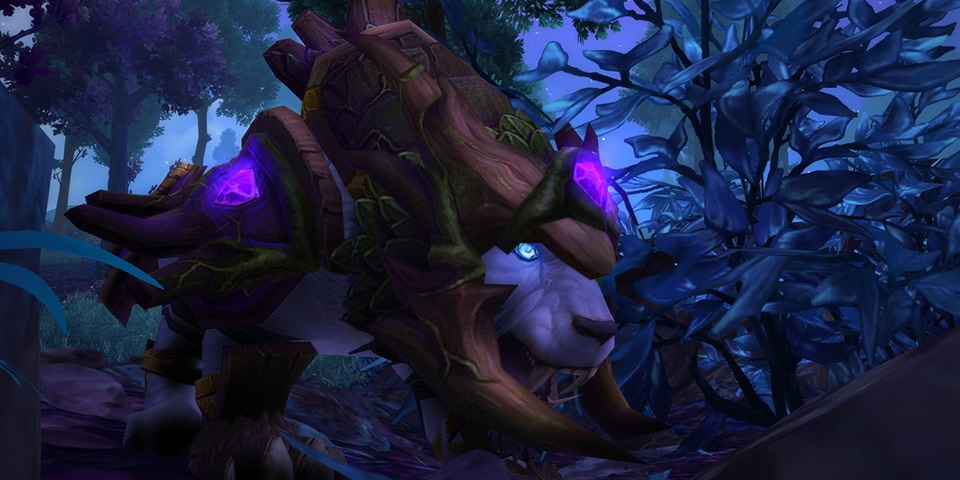 Feral druids also seek to curb imbalance in nature. They observe the fantastic intricacies of the physical world and the delicate fabric in which all living creatures are given purpose. Whether on land or in the sea, in a lush jungle or an uncultivated desert, death is part of the cycle which sustains life. Nature is an eternal dance between predator and prey.

As a shapeshifter, the feral druid endlessly pursues a greater understanding of this truth. They seek a visceral connection to the wild, and in combat take the form of a deadly feline predator. Feral druids become ferocious, agile stalkers—ripping, biting, and bleeding their enemies dry. The forces of chaos are tamed by the druid’s primal fury.

Feral Druids have a solid gameplay foundation that complements their fiction. Design changes in Legion are tempered, and we’re paying the most attention to talent options that provide a wider array of combat customization. Making Savage Roar optional in the talent tree in Warlords worked well to open up gameplay opportunities. We’re taking this approach further by flipping it around—Savage Roar is now a talent choice matched against two compelling alternatives that cater to different play styles.

Here’s a basic look at the core combat abilities for Feral Druids:

Additionally, to give you an idea of how some talents may build upon this, here’s an example of one of their Feral-specific talents: 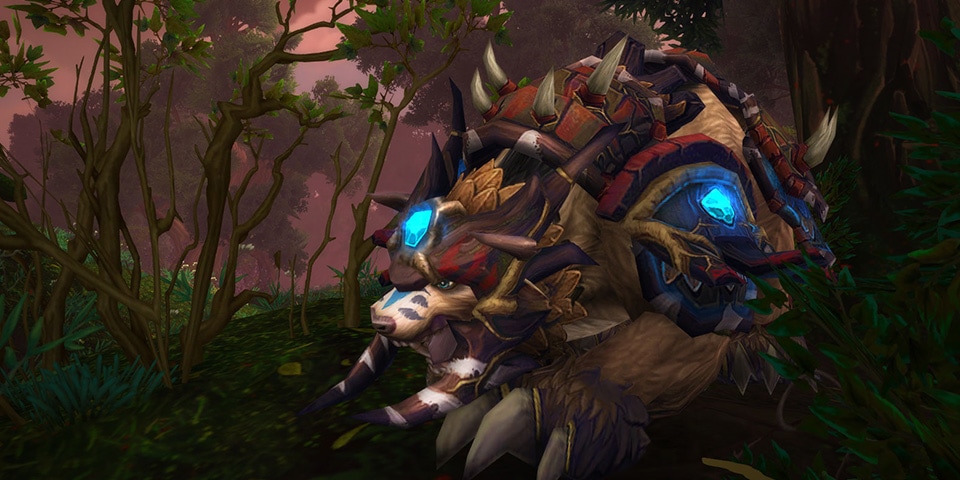 Like their feral brothers and sisters, guardian druids attune themselves to nature through the animal kingdom. They commune with the wild to understand how life perseveres through adversity. They know that the creatures who survive are often those built to best protect themselves and their kin. In this, the guardian druid finds a deep and harmonious value in the steadfast—all the while recognizing that sturdiness requires an aggressive stance when danger comes near.

Taking the form of a great bear, the guardian druid becomes a massive wall of fur, claw, tooth, and rage, aided by the forces of nature, standing between allies and any opposing threats.

“Taking the form of a great bear, the guardian druid becomes a massive wall of fur, claw, tooth, and rage“

Powerful themes fuel the Guardian Druid, but the gameplay falls short of delivering on them. In particular, Guardian Druids have had a strong emphasis on avoidance, dodging attacks more than almost any other tank, with abilities accentuating that. However, this doesn’t mesh well with the image of the tough and sturdy bear. We want Guardian Druids to survive through their sheer tenacity, thick hide, massive resilience, and strong regeneration. To this end, we’ve redesigned several parts of the Druid combat ability toolkit to instead focus on those core defensive ideas—health, armor, mitigation, and regeneration—while deemphasizing dodge.

Here’s a basic look at the core combat abilities for Guardian Druids:

Additionally, to give you an idea of how some talents may build upon this, here’s an example of one of their Guardian-specific talents: 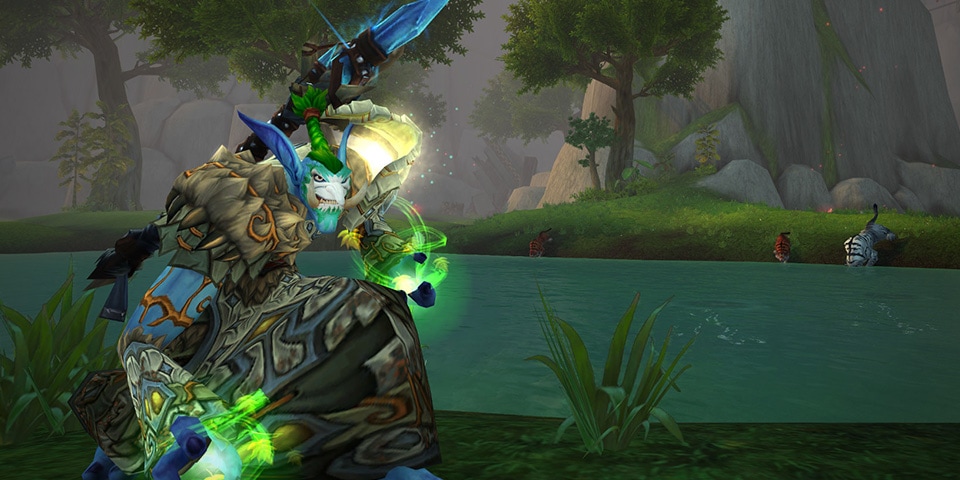 The many gifts provided by nature must sometimes be reciprocated. Restoration druids seek order in the world by tending directly to its many life forms. Friend to flora and fauna alike, restoration druids celebrate birth and growth. Where there is decay, they bring rejuvenation. Where there is abatement, they summon regrowth. Life not only needs protection—it needs nourishment.

To foster this harmony, the restoration druid builds a bond with the things that grow, gaining inspiration from the flower’s bloom, the seed’s sprout, the mushroom’s spores, and the tree’s growth. Like nature, the restoration druid perseveres through patience and persistence, the foundation upon which all life is built and sustained. They use this power to mend wounds and provide persistent remedies that keep their allies from falling.

Restoration Druid themes are clearly defined, and there’s a lot of cohesive flavor to love in how the spec plays. As a result, we’re making minimal changes. Their Mastery had the most room for improvement, having basically become a passive effect. We’ve redesigned it to emphasize layering healing-over-time effects, favoring more engaging gameplay, while also catering to the Restoration themes.

Here’s a basic look at the core combat abilities for Restoration Druids:

Additionally, to give you an idea of how some talents may build upon this, here’s an example of one of their Restoration-specific talents: 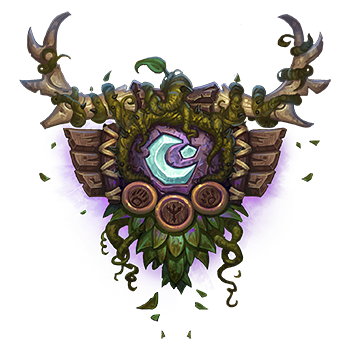 We hope you’ve enjoyed this early preview of our approach to Druid class and specialization design in World of Warcraft: Legion. We’ll wrap up our series tomorrow with a look at Rogues.