We finish off our early look at class and specialization design with the Rogue. In these blogs, we’ve been exploring class identity, discussing Legion’s new designs, and presenting core combat abilities for each specialization—laying the foundation upon which talents and Artifacts will build further. With that in mind, let’s delve into what it means to be a Rogue in World of Warcraft.

Rogues fend for themselves, looking for fights in which they dictate the terms. They’re the shadows in the night that remain unseen until the right moment comes to strike—then they dispatch an opponent with quick blade work or a deadly toxin snuck acutely into the bloodstream. Rogues are opportunistic thieves, bandits, and assassins, but there’s an unparalleled art to what they do.

As with Hunters, the three Rogue specializations have long suffered from a lack of distinct identity. What truly sets an Assassination Rogue apart from Subtlety? And just what is a “Combat” Rogue anyway? Aren’t all three pretty focused on the art of combat? With that in mind, we’re making some bold changes that take each spec in a much more pronounced direction. We’re finding what makes them each special and amplifying their fantasy by creating abilities and talents unique to each spec that better align with their core theme. 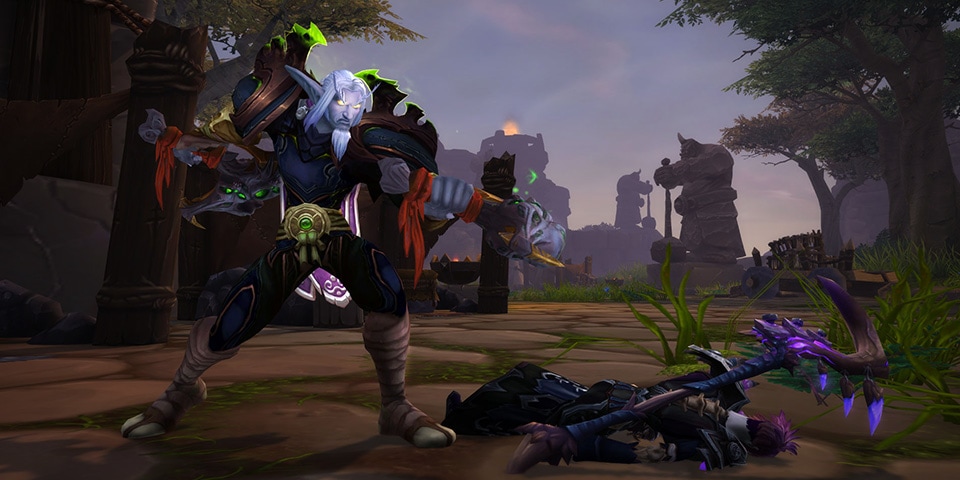 One of the favorite tools of the assassin is a pair of daggers coated with vicious poisons. The damage they inflict is deceiving at first—the initial wounds often seem survivable, even superficial. Then the toxins set about their business. Wounds don’t close, and blood loss continues unabated. Assassins begin their work stealthily, choosing their targets and methods of engagement carefully—but once committed to a course of action, they stick to their target until the job is done rather than disappearing into the shadows to avoid their quarry’s blows.

“Assassins begin their work stealthily, choosing their targets and methods of engagement carefully”

For Rogues, no specialization describes itself better than Assassination, which also remains closely aligned with its existing fantasy. And we’re further enhancing those themes through their gameplay. First, this is now the only Rogue spec with access to poisons and bleeds, making much of your damage a little more delayed, but nonetheless massive. In addition, Venomous Wounds triggers based on a combination of bleeds and poisons now to accentuate that gameplay. Assassination is home to the most volatile combo-building. Mutilate is already effective in this regard, but Seal Fate needed some improvement—it now can trigger from both hands with Mutilate.

Here’s a basic look at the core combat abilities for Assassination Rogues:

Additionally, to give you an idea of how some talents may build upon this, here’s an example of one of their Assassination-specific talents: 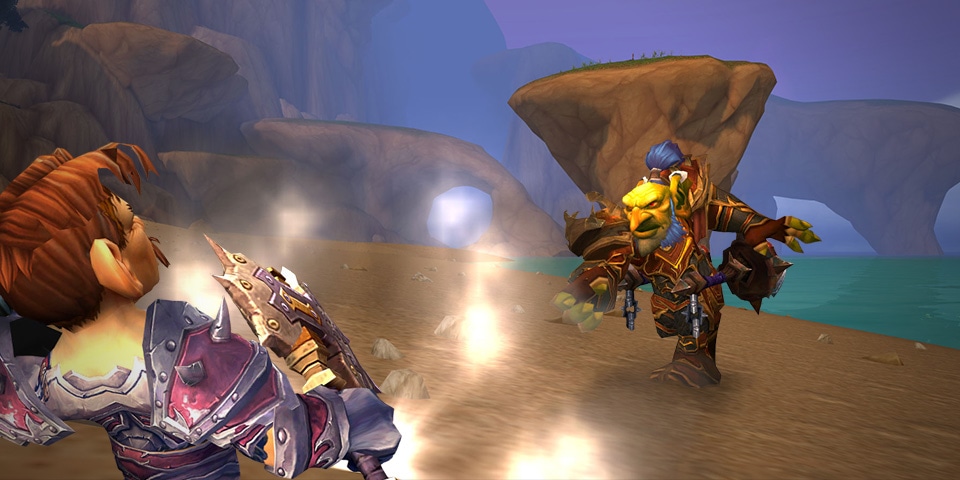 OK, not exactly. The lack of a clear theme for the Combat Rogue really gave us an opportunity to reimagine the spec in Legion, to ensure that they have their own depth of character and a unique fighting style that sets them apart from the other Rogue specs.

“To survive in such a world, outlaws must become master swordsmen in toe-to-toe combat—and they can’t shy away from fighting dirty“

Outlaw rogues are the unscrupulous scoundrels of Azeroth. Operating outside the law, they bend the rules and distort the truth to get what they need. While they share plenty in common with other rogues, these outlaws have little use for tact or discretion, happy to engage in a tavern brawl or spontaneous duel, rarely patient enough to wait in stealth for the opportune time to engage. To survive in such a world, outlaws must become master swordsmen in toe-to-toe combat—and they can’t shy away from fighting dirty. If blade fails to cut too deeply, the outlaw takes advantage of a concealed pistol, catching the enemy by surprise with a quick blast.

To achieve the “swordmaster” fantasy we’re going for with the Outlaw Rogue, we’re giving them several new and upgraded abilities, such as Saber Slash and Pistol Shot. We’re also deemphasizing Stealth, with Ambush being their only remaining opening move. Stealth will still provide its core Rogue utility, but Outlaws are more comfortable fighting toe-to-toe with a sword than skulking about. Finally, we’re ensuring that Outlaws retain several signature abilities from Combat, such as Adrenaline Rush and Blade Flurry. These abilities provide a good basis on which to build new and distinct flavor. A wide variety of talents enhance the fantasy further with themes of the swordmaster, brawler, or even pirate.

Here’s a basic look at the core combat abilities for Outlaws:

Additionally, to give you an idea of how some talents may build upon this, here’s an example of one of their Outlaw-specific talents: 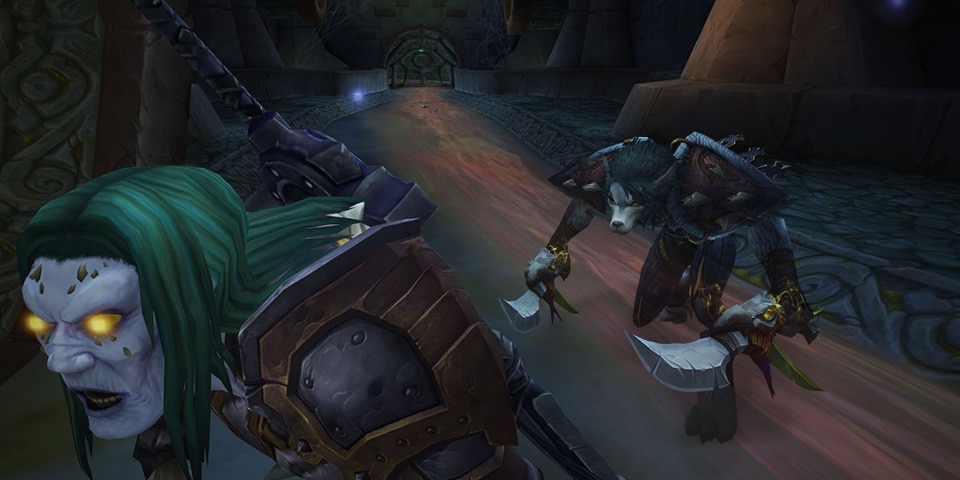 Subtlety rogues are the masters of the shadows, and they strike unseen. They don’t have the lethal poison-tipped daggers of the assassin or the brawling prowess of the outlaw, but their acumen on the battlefield and ability to hide in plain sight are unrivaled. Some claim the art of subtlety looks like malevolent shadow magic—but no matter from where their power is derived, these rogues are capable of performing devastating assaults on their enemies, slipping away unharmed to strike again without detection. Most rogues train their entire lives to learn how to walk in the shadows—subtlety rogues were born there.

As the true masters of stealthy gameplay, we’ve pushed Subtlety further toward making heavy use of Stealth as their primary combat mechanic. The new version of Shadow Dance allows Subtlety to weave in and out of Stealth rotationally. Meanwhile, Shadowstrike provides incredible mobility for attacking from Stealth. Finally, to further reinforce the matter of their relationship with sinister Shadow magic, Subtlety makes use of a new ability called Nightblade, which applies Shadow damage over time.

Here’s a basic look at the core combat abilities for Subtlety Rogues:

Additionally, to give you an idea of how some talents may build upon this, here’s an example of one of their Subtlety-specific talents: 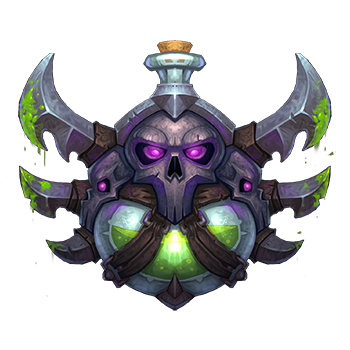 We hope you’ve enjoyed this early preview of our approach to Rogue class and specialization design in World of Warcraft: Legion. We’re looking forward to hearing more feedback and sharing in ongoing conversations with the community regarding these and all of the other changes we’ve discussed in this series, and we’re excited to get this information out before our broader beta phase to make sure we have as much time as possible to iterate and carry on the conversation.

Thanks for reading, and we’ll see you in the Legion beta!