In the land of Drustvar, the stalwart protectors of House Waycrest hold fast along the western border, but recently all contact with them has been lost. Travel beyond the frontier to learn of their fate and battle the resurgence of an ancient and terrifying enemy.

Drustvar is a region known for the tenacity of the soldiers who protect it. Long after the defeat of the mysterious Drust who once dwelled there, the descendants of Arom Waycrest and his people continue to eke out a living in this unyielding land. They are known throughout Kul Tiras as being a hearty, stoic, and deeply superstitious people, and would make keen allies in the fight against the Horde—but now it’s up to you to discover why they’ve gone silent. 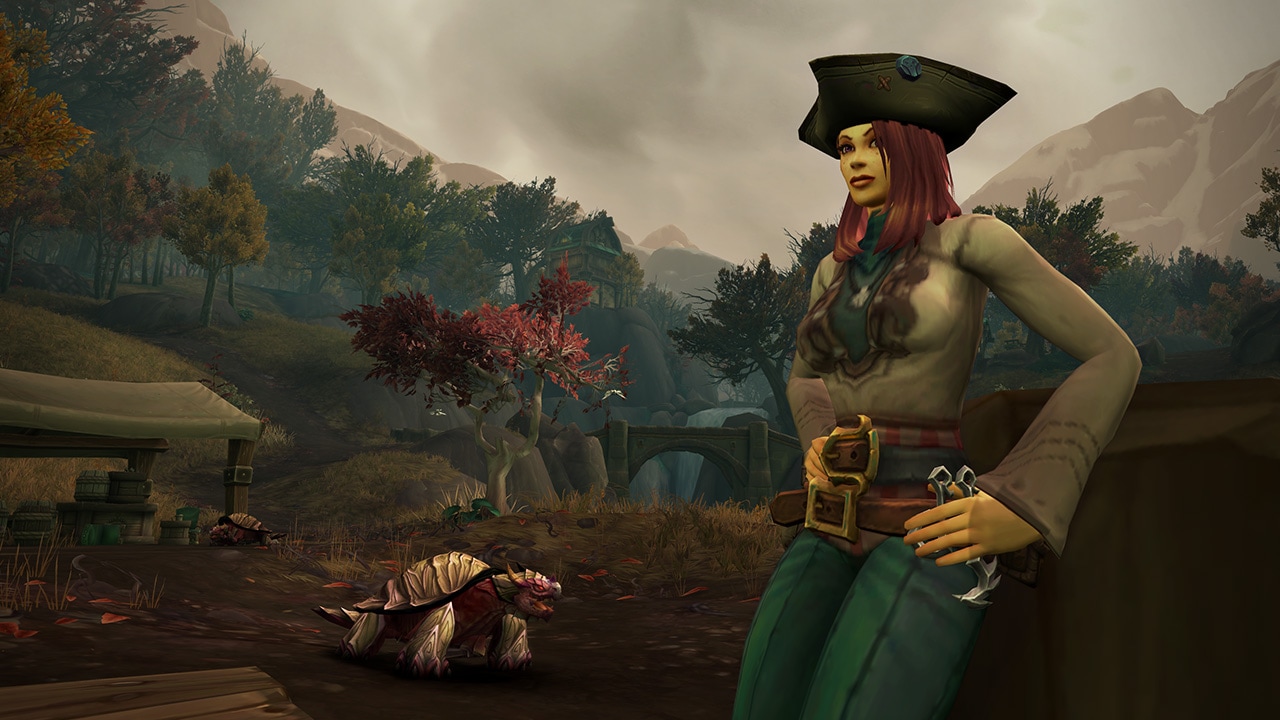 When first arriving in Drustvar, you’ll be greeted by a dark and foreboding shoreline on the eastern border. Drustvar is a rugged land plagued by superstition, and signs of witchcraft are everywhere. The pathways through Glenbrook to Fallhaven are fraught with danger, so you’ll need to stay on your guard. Dark rumors swirl as to what may have befallen the Waycrest family—and if the Alliance has any hope of convincing the Kul Tirans to join them, you’ll need to untangle the mysteries that lay ahead.

Verdigris roofs and awnings adorn buildings of brick and wood, their amber window panes alight from within. The sea’s intrinsic role in Kul Tiran culture is reflected in the architecture, and anchors and other symbols of the sea decorate doorways and awnings.

A stygian pallor looms over the town of Fallhaven, reeking of mystical meddling. A large and ominous construct stands as sentinel in the center of town, and the townsfolk are . . . unresponsive. You’ll need to work diligently to break the curse on the town before you can make any progress toward getting to the heart of the troubles in Drustvar.

Cobblestone paths wind through the region and in and out of the various villages and towns. History and culture are deeply woven into the fabric of Kul Tiras, but so too are the workings of dark witches. Cursed and hopelessly twisted townsfolk and creatures work in servitude to these mystics’ machinations, set to a task you’ll need to decipher and put an end to—if you have the stomach for it.

Visitors to this region will need to rely on their wits, solve a few not-so-small issues the citizenry faces, and hopefully make some inroads with the people along the way.

Dark rituals are afoot in these lands. Will you be able to unravel their bindings?

There are more mysteries to unravel, and an ancient enemy is stirring in the land, causing a tremendous slew of trouble.

Traveling westward will lead to a large chain of rugged snow-touched mountains running from the northern border of the region to the southern Iceveil Glacier, nearly bisecting the region in two. Along Highroad Pass, you’ll come across various wildlife and creatures, including Chillwind Yetis who find the cold of the mountains to their liking and food sources plentiful.

The road is fraught with danger, but you’ll eventually arrive in the town of Arom’s Stand, which overlooks a valley to the west. A tribute to Arom Waycrest stands vigil even as the people here struggle against the darkness that has swept over the land.

On the southwestern coast you’ll cross into the Crimson Forest. Various shades of red assail your eyes and bear witness to the veracity of the name. The town of Falconhurst sits on the coast, and as in your previous travels through the region, you’ll find this settlement is under siege by dark forces.

Things to Try: Need a small break from saving the people of Drustvar? Visit the Falconhurst inn and join the children as they are regaled by stories and songs of heroic deeds and adventure. 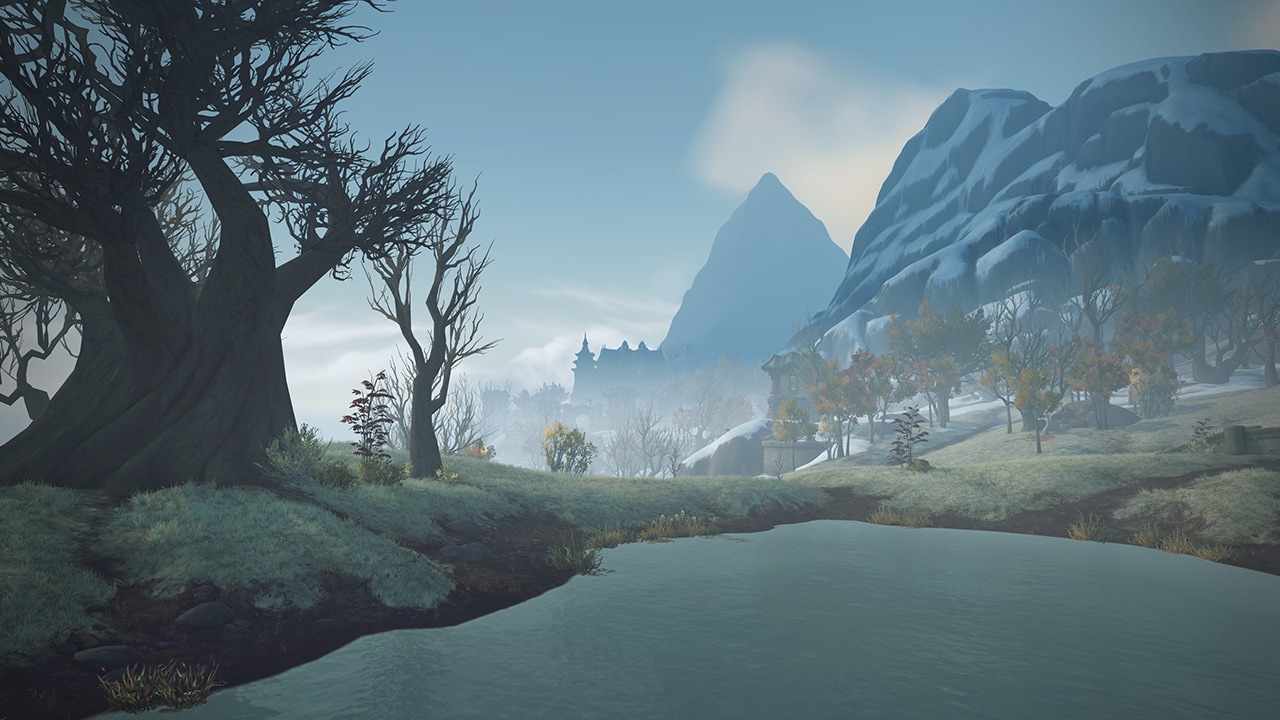 North of the Crimson Forest, the Ashenwood Grove bears witness to creatures adorned with fungi and strange creatures known as Fungarians patrolling the pathways. Farms dot the area and mines can be found dug into the mountainsides, but what should be bustling enterprises have ground to a halt as the witches’ special brand of pestilent creatures wreak havoc.

Each clue found and mystery solved only puts forth more questions as to what could be ultimately manipulating events in Drustvar. Perhaps you’ll find the source of the troubles within Waycrest Manor*—ancestral home of the Waycrest family who watches over Drustvar.

A vast coastline surrounds Drustvar to the east, south, and west, where those brave enough can fish, boat, swim, and hunt for treasure. Inland, the mountains and forests provide a chance to hunt a variety of . . . interesting . . . creatures. To the north, the rolling hills and mountains of Stormsong Valley await, while eastward lies Tiragarde Sound—and even more opportunities to earn your way into the good graces of the Kul Tirans.